Tomaz di Cunto aka Toco is a Brazilian composer, musician and producer. Born in San Paulo in 1976, Toco started playing guitar when he was a young boy. He took his first steps in the music scene working for a TV program called “Ensaio” dedicated to the Brazilian music, while he was studying Science Of Communication at the Faap University of his hometown. Thanks to Fernando Faro, the director of this show, Toco was introduced to famous artists like Gilberto Gil, Caetano Veloso and many others. In ’99 Toco left the TV program and started to follow some musical productions. Later that year he decided to move to Italy where he met artists like Adi Souza, who worked as vocalist with Vinicius de Moraes, Rosalia de Souza, the best well-known Brazilian artist in Italy and Stefano Tirone aka S-Tone Inc., with whom he produced his first album “Instalaç� o Do Samba”. This signalled definitely the collaboration with the Milanese label Schema Records. Recorded in Milan, embellished with the typical European sound, this first album achieved noteworthy success both in Europe and Japan and it acted as a springboard for the second effort by the Brazilian artist: “Outro Lugar”. Initially it was recorded in Rio de Janeiro with the Brazilian band captained by Roberto Menescal where he also performed with his fascinating “guitar touch”. Refined then in Milan by S-Tone Inc. and released under the label Schema Records in 2008, “Outro Lugar” consists of a more mature and classic production, yet clearly influenced by contemporary sounds. 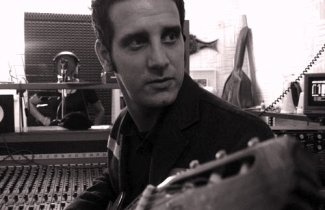