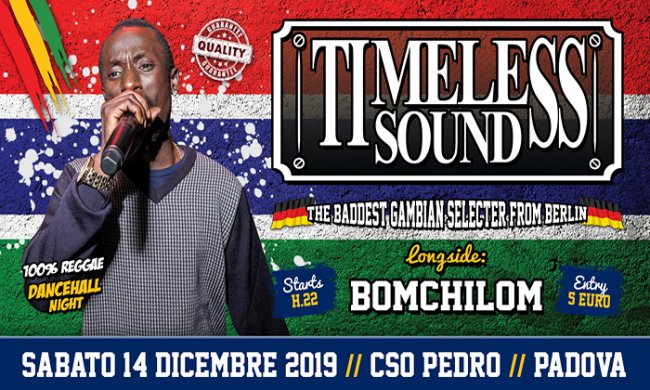 The baddest gambian selecter from Berlin

Mighty Timeless was born and raised at the beautiful Smiling-Coast of Gambia, West Africa. At the age of 18 he moved to Germany. Over one decade ago he chose to reside in Berlin City, where he has started his career as an DJ, artist and producer. Ever since he has been running nuff dances and life shows - not only within Germany but also all over Europe, and of course in Africa! Music is his mission. And the words and works of Jah, the Almighty, are the message of his music. In order to bring his mission to the people Timeless Sound has been travelling all over the world. Throughout the years he became one of Europe’s best known Reggae-Dancehall Sounds, as well as a highly respected artist in West Africa.

'Big up righteousness, defend the culture.'