Dom Servini is one of the main players and a stalwart of the eclectic music scene in London. Having started DJing in the early ‘90s in Brighton with the legendarySnowboy, he then moved back to the capital and took it by storm, starting a Sunday afternoon session at the Jazz Cafe, a residency at the Blue Note, and then his own club venture, Mouseorgan, which ran for 8 years. Dom then joined the Wah Wah DJ crew at The Jazz Café, and went on to become part of their record label project in 2001 – a label he now runs with Wah Wah artist Adam Scrimshire and Hospital Records boss Chris Goss.

Dom is also a respected music journalist, and was singles editor for jazz bible Straight No Chaser from 2003, then its off-shoot Shook, and now has his own double-spread in Echoes magazine.

As a radio DJ, Dom hosts a weekly Monday night live DAB radio show on Colourful Radio as well as a monthly Wah Wah Radio show with Adam, and has also featured on XFM, BBC London and on Gilles Peterson’s radio shows.

Over the past decade Dom has DJ’d across the globe, from touring Japan, the USA, Canada and Australia, to regular gigs in central and Eastern Europe, as well as Scandinavia, and even Ibiza. UK gigs have included his famous weekly residency with Gilles Peterson, ‘Goin’ Downstairs’, and regular gigs at The Jazz Café, Favela Chic, Hayward Gallery, Cargo, The Vibe Bar, Luminaire, Queen Of Hoxton, Big Chill venues and much more!! Dom has also played at The Big Chill Festival and is a regular at London’s Brick Lane Festival too, and hosts Wah Wah’s annual session at The Scala in London which sees over 1000 people attend every year. 2012 sees Dom play in Croatia, Russia, Scandinavia, Canada and beyond!

His energetic and open-minded mix of anything soulful, be it afro, jazz, house or hip hop, make him a club favourite. 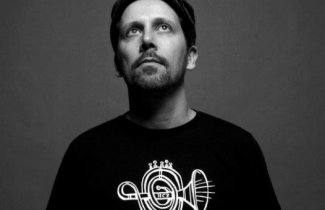